Japan has traditionally been one of the most important partners for German businesses, and a large number of Japanese companies choose Germany, especially the Düsseldorf area, as a base for European activities. More than 6500 Japanese people living in Düsseldorf form the only so-called Japantown in Germany, and even though they only make up a small minority in the state’s capital, they have been shaping the cityscape and enriching economic and cultural life for more than 50 years.

According to evaluations by the Federal Foreign Office, the volume of trade between Germany and Japan has risen slightly in recent years and amounted to 44.1 billion Euro in 2018. This put Japan in the 15th place of all German foreign trade partners. German exports to Japan amounted to 20.4 billion Euro, while Germany imported goods worth 23.7 billion Euro from Japan. The free trade agreement between Japan and the EU signed on 17 July 2018, that came into force on 1 February 2019, will further facilitate market access in both directions. Japan is becoming increasingly important for German companies, including the access to third market business in Asia.

Düsseldorf has a particularly well-developed Japanese infrastructure. "Whether it is the Japanese Chamber of Commerce and Industry (JIHK), the Japan External Trade Organization, (JETRO), the German-Japanese Business Circle (DJW), the Japanese Club (with 250 Japanese companies and around 4350 Japanese fellow citizens as members), or the Japanese International School: all these institutions have their headquarters in the state capital, which is one of the most important contact points for Japan in Europe. Other important institutions from Nippon in NRW are the Japanese Cultural Institute in Cologne and the office of the Japan Society for the Promotion of Science (JSPS) in Bonn.

Our firm PETERS Rechtsanwälte has specialized in advising Japanese companies and citizens in Düsseldorf and throughout Germany for many years. With our Japan Desk, we can provide complete legal advice in our native language for all issues arising. We have many years of expertise in this field and close relationships with Japanese law firms. In addition to deep expertise, we also have crucial intercultural competence and a fundamental understanding of the Japanese (business) mentality. In cooperation with our partner Higashimachi Law Office LPC (Kobe, Tokyo, Imabari) we also support German and European companies in their activities and litigation in Japan. 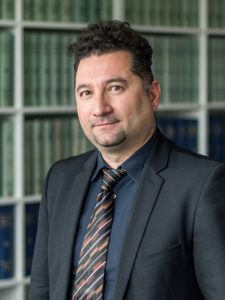 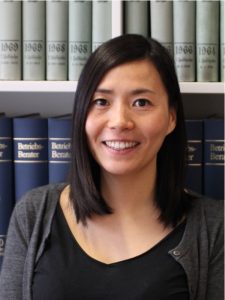 Mumu Takami is an assistant at the Japan / Asia Desk and a graduate of Ritsumeikan University (Kyoto). In addition to her Japanese mother tongue, she is fluent in German and English. With her internationally oriented education (Japan, USA, Germany) and many years of professional experience in Japan and Germany, she fulfills all requirements provide excellent support of our clients in their activities in Germany and Japan. 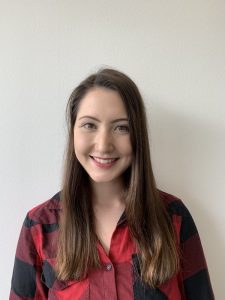 Larissa Jansen is an assistant in the Japan/Asia Desk and a graduate of the Freie Universität in Berlin in Japanese Studies. She grew up bilingually in Germany and is a native speaker of both German and Japanese. She has many years of experience as an interpreter and translator in the German-Japanese industry, which she can put to excellent use at PETERS. 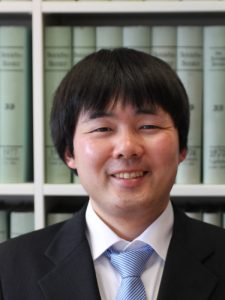 Katsumi Ogawa has passed the exams for certified public accountants in Japan as well as in the U.S. (New Hampshire). In addition to his native Japanese, he is fluent in spoken and written German and English. Since 2018 he has been supporting the Japan Asia Desk at PETERS, particularly in the areas of commercial,corporate,and civil law.

Japan Desk FOR ALL QUESTIONS OF COMMERCIAL AND CIVIL LAW

As an established commercial law firm based in Düsseldorf, we advise companies and private individuals from Japan on all issues of commercial and civil law. In company law, we focus on corporate and transactional law (M&A), commercial and distribution law, employment law, real estate, construction and tenancy law, and compliance advice. Our lawyers also advise on insolvency law and on the successful implementation of effective and long-term oriented reorganization and restructuring measures. PETERS Rechtsanwälte stands for established full-service advice on commercial law in all German-Japanese business relations. Due to its high level of linguistic and cultural competence, the firm is also a great contact partner for Japanese clients who wish to see private law matters clarified in a legallycorrect, highly professional, and speedy manner. Our main focus is on labour law for employees and executives, real estate, construction and tenancy law, traffic law, and inheritance and family law.

YOU NEED SUPPORT IN THE AREA OF THE JAPAN DESK?

GET IN TOUCH WITH US NOW: